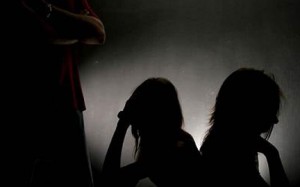 The anti-human trafficking department at Ras Al Khaimah Police, United Arab Emirate, UAE, have arrested nine people in connection with a human trafficking ring that allegedly forced as many as five girls into prostitution.

Brigadier Abdullah Khamis Al Hadidi, Director General of Policing Operations in Ras Al Khaimah, said the arrests were made after the department was tipped off about Arab parents who stayed in another emirate forcing their daughters to go to private parties to dance and engage in illicit s*x for cash.

The Arab couple, a 44-year-old father working at a private company and his 45-year-old wife, were charged with trafficking, running a brothel and forcing girls into prostitution through violence and intimidation.

A 25-year-old relative who helped in the illegal activity was also arrested by the police.

Police investigation revealed that the couple was forcing girls into prostitution for years, even before entering the UAE and securing residency visas. A DNA test was conducted on all suspects and revealed, police said, only one of the five females — R.F. — was, in fact, the real daughter of the parents. The other females did not know that the couple were not their real parents, Brigadier Al Hadidi said.

Police said that the Arab couple forged the girls’ visas in which they were described as their daughters.

The suspects told police that they were beaten by their father and brother if they refused to obey their instructions.

The girls were rescued and sent to a women’s shelter for victims of human trafficking.