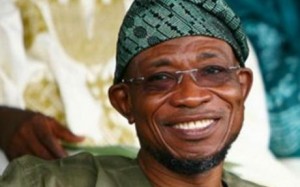 The Osun State chapter of the Nigeria Labour Congress (NLC) has lashed out at the Action Congress of Nigeria (ACN) in the state over allegation that the Peoples Democratic Party (PDP) had concluded plans to massively rig the 2014 governorship election with the tactical support of the labour union.

The labour union described the allegation as baseless, malicious and highly embarrassing. The chairman of the NLC in the state, Comrade Saka Adesiyan, in a press statement, said it amounted to sheer wickedness and attempt to mislead the public by dragging the name of the labour union into the struggle over who won the governorship poll next year.

According to Comrade Adesiyan, “the NLC warns the ACN to thread softly as an attempt to create loggerhead between the labour and the Governor Rauf Aregbesola-led state government would not augur well and also not be in the interest and benefit of the party itself”.

Comrade Adesiyan, who challenged the director of publicity and strategy of the ACN in Osun, Mr Kunle Oyatomi, to publish names of people, including labour representatives who were in a meeting with the PDP, where a plot to rig the pending governorship election was being hatched, said such allegation was fictitious and uncalled for.