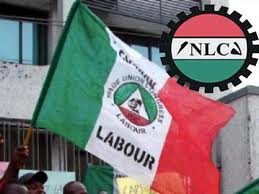 Nigeria Labour Congress (NLC) in partnership with a private property developer, Kriston Lally, is to develop housing estates worth N960 billion for its members in some parts of the country.

Unveiling the plan after the agreement was signed between the NLC and Kriston Lally at the Labour House, Abuja at the weekend, Acting President of the NLC, Comrade Promise Adewusi, said the affordable houses are for willing members of the Congress, which he put at eight million in population.

“We, as a labour movement, are worried about the 40 million housing deficit that exists in the country as revealed by a United Nations study. This collaboration with Kriston Lally Nigeria Limited is to ensure a good number of our members have decent roofs over their heads” he stated.

“The project is expected to cost about $6billion or N960billion. We consider the two per cent interest rate of the total amount of the property spread over 15 years, as very attractive and well below what is obtainable in the mortgage environment.”

Comrade Adewusi said the step would correct the erroneous belief that trade unionists were only known for trouble making and strikes.