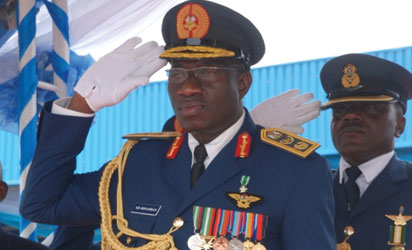 President Goodluck Jonathan, yesterday, declared that, there is no alternative to democracy and reiterated his administration’s resolve to continue to work to strengthen democratic institutions and entrench the rule of law in the country.

Jonathan, who spoke at the opening of a two-day National Workshop entitled, ‘Strengthening Democratic Traditions and Institutions,’ organised by the Ministry of Foreign Affairs in collaboration with the Community of Democracies in Abuja, was represented by the Minister of State for Foreign Affairs, Prof. Viola Onwuliri.

The president decried the practice in the past where political parties indulged in seeking power by any means, including engaging in electoral mal-practices and violence.

“Now our democracy focuses on returning power to the people through credible elections, thus consolidating our greatness as a country.

“This tremendous leap came as a result of our resolves to ensure that votes count and in 2011 we conducted general elections that were adjudged by international and local observers as free, fair, transparent and credible,” he said.

He pledged the commitment of the government to continue to support the Independent National Electoral Commission’s capacity to conduct credible polls as witnessed by the elections of Bayelsa, Kogi, Edo and Ondo states.

“Respect for human rights, justice and the free choice of Nigerians remain fundamental to the policies of this administration.

“We have vigorously applied the rule of law by ensuring that organs of the state obey court orders and judgements, subject to rights of appeal as provided in our constitution,” Jonathan added.