Nobel laureate, Bishop Desmond Tutu of South Africa, is to head one of the committees set up for burial of late renowned novelist, Prof. Chinua Achebe. 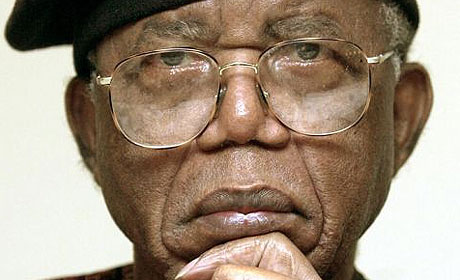 In a statement issued, Monday, by two sons of the deceased literary icon, Ike and Chidi, two other committees listed include the Central National Committee, which would be made up of eminent Nigerians from across the country, and the committee to make basic preparations for South East, in Enugu, Awka and Ogidi, home-town of the deceased.

The committee is also to oversee activities in Delta and Rivers states respectively.

“There have been several questions on the nature of preparations for Professor Chinua Achebe’s funeral, memorial service and Celebration of Life events,” the statement read.

It added that the burial will be at Ogidi, Anambra State, on May 23, while the funeral will be “Christian and not traditional rites” as has been reported.

“Memorial service and Celebration of Life event will be on  June 2, 2013 in Washington DC,” the statement said.