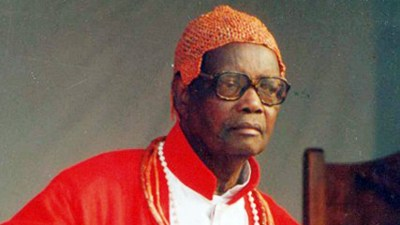 The Oba of Benin, Oba Erediauwa, has issued a stern warning to candidates and politicians in the Edo South Senatorial Zone, who are jostling for positions in Saturday’s local government elections against embezzling government funds if elected into office.

The revered monarch stressed that political leadership was being redefined across the country including Edo State, and urged political office seekers to curb rural-urban drift by replicating social amenities in the urban areas in their rural areas.

He spoke through the Benin Forum, an organisation founded by the Oba of Benin that sees to the development of Benin during an interactive session with the chairmanship candidates of political parties in the Edo South Senatorial districts.

Speaking on behalf of the Oba, chairman of Benin Forum, Chief David Edebiri, the Esogban of Benin Kingdom, warned the candidates against engaging in political violence before, during and after the elections on Saturday.

The Benin monarch admonished the chairmanship candidates, when elected, to reside at their council’s administrative headquarters instead of the current practice where council bosses abandoned their local councils for city life in Benin.