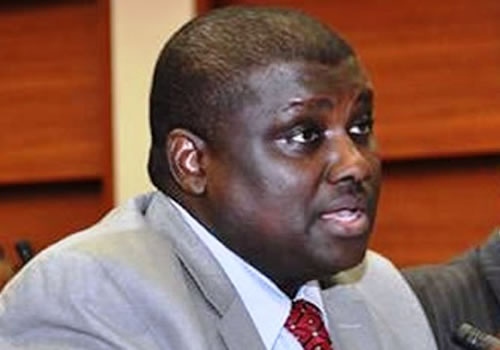 Former Chairman of the Pension Reform Task Team, Mr. Abdulrasheed Maina, on Wednesday received support from protesters who thronged the Office of Head of Civil Service of the Federation in Abuja, calling on the Federal Government to reinstate him without further delay.

The protesters who numbered over 100 and comprised members of civil society groups, market women and youth organisations, disrupted vehicular movement at the premises.

According to them, the agitation for Maina’s reinstatement became imperative following the unwillingness of the Office of HOCSF to return him as the PRTT Chairman despite the ruling of Justice Adamu Bello of a Federal High Court, Abuja directing that he should not be arrested.

Executive Secretary of Legislative Watch, a non-governmental organisation, Mr. Ngozika Ihuoma, who led the protesters, said their action was to draw public attention to the injustice meted on Maina.

According to him, the civil society groups have decided to draw attention to the fact that since November 2012 when the former HoS allegedly usurped the payment of pension of federal retirees, the processes has become “unwieldy with backlog of pensions”.

Ihuoma said, “The Federal High Court in Abuja on March 27 did not only vacate the arrest warrant issued by the Senate against Maina but also directed that he be returned to continue his duties at the PRTT.”

Explaining that their motive which was described as a “solidarity protest with Abdulrasheed Maina,” Ihuoma urged “the Head of Service of the Federation to fast track Maina’s return to office based on the court ruling.

“We cannot continue to claim to observe the rule of law but fail to obey court rulings on very fundamental issues such as this. The PRTT as you know has done well but some people out of their personal score have set out to derail the process of streamlining federal pension. But thank God, the courts saw through it and have ruled favourably on the suit brought by Maina.”

The protesters later marched to the Federal High Court, Abuja to register their disapproval with the non-compliance with the judgment of the court by the Office of HOCSF.