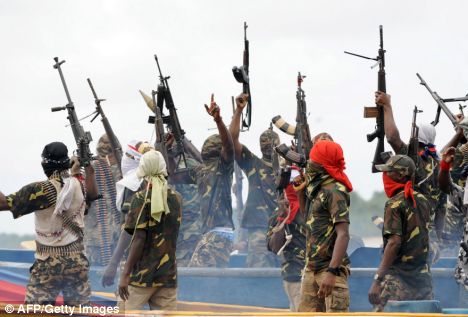 Otunba  Gani Adams, the national coordinator  of the Oodua People’s Congress (OPC), has  flayed the recent media statement credited to the Movement for the Emancipation of the Niger Delta (MEND) to  attack mosques, clerics and other Muslims,  describing it as a “rude shock.”

In a statement signed by Adams, the OPC also described the threat from MEND as a “call to anarchy” and  advised  the group to be cautious.

According to  the statement: “ The said plan by MEND, coming at a time when our nation is still struggling to put an end to the violence unleashed on some parts of Northern Nigeria by the Boko Haram sect is a sure call to anarchy.”

Adams, in the statement also  claimed that: “This is surely capable of causing a religious and sectarian crisis of a magnitude that could be worse than the three years civil war. While the OPC appreciates MEND’s fundamental right to genuine struggle for self-determination in the Niger Delta,” OPC, however, expressed its reservation with the threat, when it stated in the statement that “ we, however, disagree in totality with its latest threat to attack mosques and  Muslims.

“Let me, at this juncture, remind MEND that Yoruba make up about seventy per cent of the Muslims population in the Niger Delta area and we will not tolerate any further killing of Yoruba in any part of the country,” Adams warned.

He further warned that “let us all take some lessons from the experience of the Bosnian war, which left hundreds of thousands of people dead, mostly innocent civilians. Good students of History will know that events which led to that war are very similar to recent developments in Nigeria. A word is enough for the wise.

“We would like to use this opportunity to call on the Federal Government and President Goodluck Jonathan in particular, to as a matter of urgency, put machineries in place, to put a stop to this very dangerous trend,” the statement read.

The OPC also advised that: “The president should use his good office to make MEND and other similar groups across the country to see the need for peace and stop this unnecessary bloodshed, while Nigerians continue to look for solution to end the Boko Haram crisis.

“I wish to call on the leadership of MEND to reconsider its threat and join hands with other well meaning Nigerians in this our long search for a solution to the country’s security crisis,” Adams advised.