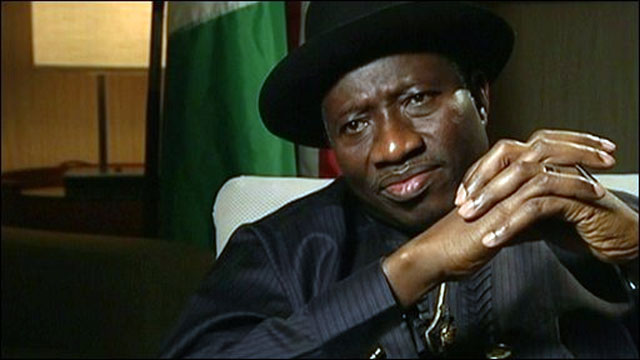 A Presidential directive (PD95), dated March 26, 2013, reveals that contrary to public posturing, the Presidency is indeed jittery by the merger of opposition parties under the banner of the All Progressives Congress (APC) and is set to frustrate it.

According to what we learnt, the Presidency had given the marching orders for “everything to be done to frustrate the merged opposition parties.”

The seven-point presidential directive specifically listed the business concerns of former Lagos State governor and national leader of the Action Congress of Nigeria (ACN), Asiwaju Bola Ahmed Tinubu, as targets, as well as planting ‘moles’ among the opposition.

Remarkably, the Independent National Electoral Commission (INEC) is included in the directive but there were no details about how the Presidency planned to carry out the attacks.

It would be recalled that the APC had recently accused the ruling Peoples Democratic Party (PDP) government of being behind attempts by at least two other phony groups to use the acronym APC in a bid to stall stall its registration.

The directive also puts a lie to the Presidency’s denial that it plans to increase the price of premium motor spirit from N97 as it contained the following, “Petrol prices to be up (sic) to N130 or N140 per litre; public opinion must be tested first.”

The directive ordered a “24-hour surveillance on governors of Jigawa, Rivers, Delta, Kano and Niger,” adding that there was the need to “concentrate particularly on Niger, Rivers and Jigawa.”

And in what appears to be desperation on the part of the Presidency, the directive said that “if the current efforts by the BoT chairman (Tony Anenih) failed to convince them (the governors) to soft-pedal, everything must be done to embarrass them.”

The directive also touches on security as it indicates the President will not appoint a defence minister until July or August, 2013. The directive also said there would be no changes in the military high command until 2014 when the current leadership will retire.

The directive also indicated that the president may have finally bowed to the wishes of the National Assembly and could drop embattled director-general of the Securities and Exchange Commission, Arunma Oteh.