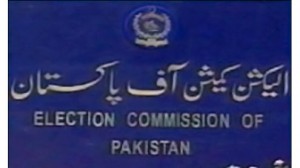 The Election Commission of Pakistan (ECP) informed the Supreme Court on Thursday of multiple hurdles to giving overseas Pakistanis right to vote in the 2013 general election in the country.

In a report submitted to the court, the ECP said it would be difficult to give voting right to non-resident nationals in the May 11 parliamentary elections.

Voters have to register themselves at the concerned Pakistani diplomatic missions and this process would take time, the report said.

It is mandatory to get permission from host countries for polling and the ECP will also require adequate time for ensuring logistics for the polling staff.

According to the report 2.9 million Pakistanis reside in Gulf States and around one million of them do not have machine readable passports.

Official data shows that a total of 4.3 million Pakistanis living in 15 countries including the US and UK and possessing National Identity Card for Overseas Pakistanis have been registered on the electoral rolls.

A bench of the top court headed by Chief Justice Iftikhar Mohammad Chaudhry has been hearing a number of petitions seeking a directive to the ECP to ensure that Overseas Pakistanis are enabled to vote in the forthcoming elections. It’s judgment in the case is awaited.

Senior officials of the ECP, the ministry of foreign affairs, ministry of Overseas Pakistanis, the ministry of information technology and National Database and Registration Authority (NADRA) held a meeting on Wednesday ahead of submission of the report to the court.

NADRA says it has developed a suitable and secure electronic voting software for Overseas Pakistanis.

ECP Secretary Ishtiaq Ahmad has said a final decision regarding the issue would be made by the apex court.