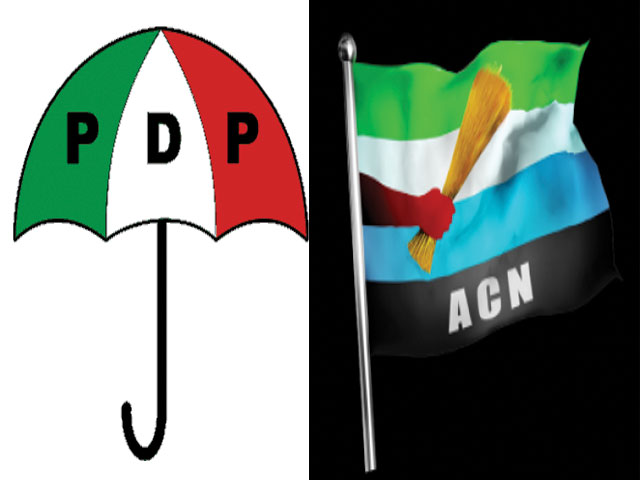 The Peoples Democratic Party and Action Congress of Nigeria in Ekiti state have engaged in a war of words over the state’s Police Commissioner, Mr. Sotonye Wakama.

While the PDP wants the Inspector-General of Police, Mr. Mohammed Abubakar, to transfer Mr. Wakama from the state over his alleged compromise, the ACN accused the Minister of Police Affairs, Navy Capt. Caleb Olubolade and PDP of using federal might to harass and persecute its members in the state.

This current exchange may not be unconnected with the current political upheaval in the state which led to last week’s alleged killing of a PDP member at Erinjiyan Ekiti.

PDP, in a statement by the Director-General, Information and Media Communication, Chief Gboyega Aribisogan, said people’s confidence in Wakama had waned and what was left for the commissioner was for him to be transferred out of the state.

The PDP statement said: “The spate of robbery and politically-motivated crises in Ekiti State are becoming worrisome. It has become obvious that the Commissioner of Police in the state appears compromised and helpless.

“His relationship with the ruling Action Congress of Nigeria at the expense of his duties and as the man in charge of the state Police Command can no longer be tolerated by the teeming people of Ekiti State.”

However, the ACN in the state, through its Publicity Secretary, Prince Tunde Adeleke, alleged that “police investigation has been manipulated and skewed against ACN Chairman, Chief Jide Awe, and other ACN members by the Minister of Police Affairs, Navy Capt. Caleb Olubolade, who is an interested party, a gubernatorial aspirant and a factional leader of PDP in the state.

“We view the latest development as an abuse of office by Capt. Olubolade, who has taken over the job of the Nigerian police. It is a reminder of the dark days of dictatorship and impunity and we shall resist any attempt to intimidate ACN leaders and members under any guise.”