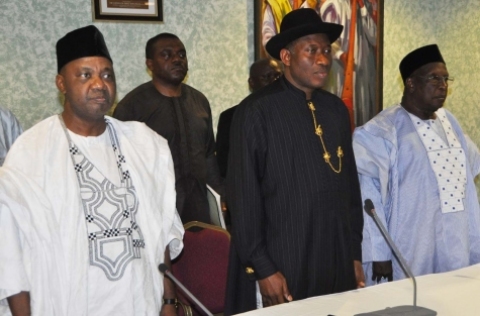 Barring any last minutes change, the National Working Committee of the Peoples Democratic Party (PDP) headed by Alhaji Bamanga Tukur, may be dissolved this week during an emergency National Executive Committee (NEC) meeting.

The decision to change the executive of the party follows revelations from the on-going tour by Chief Tony Anenih’s reconciliation committee which revealed that the crises in the party were as a result of the activities of the NWC in the last one year.

“During Chief Anenih’s visit to state governors, he was told that the problem of the party is the National Chairman, and unless he was dropped, the governors would not support President Jonathan. Chief Anenih will submit the report of his tour to the presidency this week. An emergency Board of Trustees (BoT) meeting is being scheduled to discuss his report. A day after the BoT meeting, an emergency NEC meeting would be held, and the main agenda would be to dissolve the NWC and set up a caretaker committee,” a Presidency source revealed.

There has been no love lost between Tukur and Anenih since the latter became BoT Chairman because Anenih’s tour was like an attempt to take over the day-to-day running of the party.