Agbani Darego’s younger sister, Nengi Darego got married on the 6th of April in Port Harcourt to her heartthrob, Chubike Asuzu. 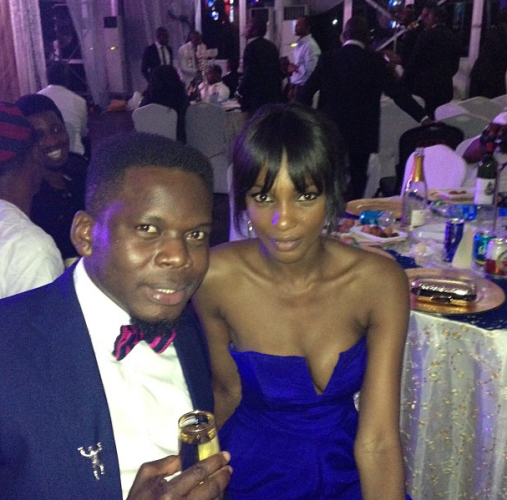 Super hot Nigerian-international model, Agbani Darego was spotted at her younger sister wearing the below dress which left her boobs spilling out.

Of course the outfit has sparked up lots of negative comments on the social media, you get to see comments like “Agbani what happened to your boobs? Why are they sagging?

“Is that Agbani with her open breast?

Foolish! May be that is why her younger sister got married before her.”