Meet the ridiculously good-looking man who was reportedly told to leave Saudi Arabia for being too handsome. 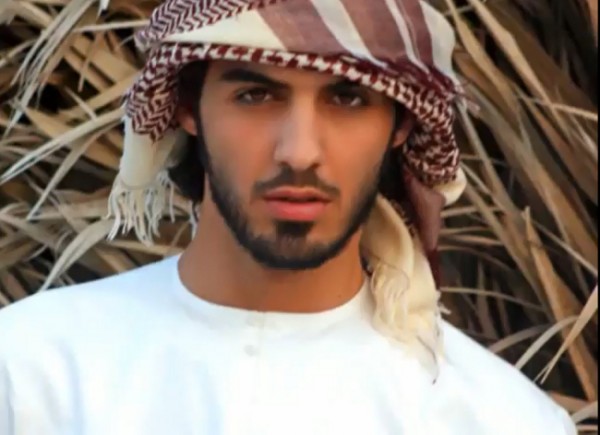 Omar Borkan Al Gala, an actor and photographer from Dubai, was given his marching orders along with a number of other men at a cultural festival earlier this month.

With his perfectly formed cheekbones, captivating gaze and well groomed appearance, it’s easy to see why authorities felt so threatened by his good looks.

They were so worried, in fact, they thought the United Arab Emirates delegates might corrupt impressionable women at the annual Janadriyah Festival.

Omar Borkan Al Gala was told to leave Saudi Arabia (Picture: YouTube) ‘A festival official said the three Emiratis were taken out on the grounds they are too handsome and that the Commission members feared female visitors could fall for them,’ Arabic newspaper Elaph reported.

Concerned women might suddenly start stripping naked and throwing themselves at the men, police seemingly decided the best option was to remove them from the country.

Others have speculated the men may have been asked to leave because of the unexpected arrival of a female UAE artist.

‘Her visit to the UAE stand was a coincidence as it was not included in the programme which we had already provided to the festival’s management,’ said Saeed Al Kaabi, head of the UAE delegation