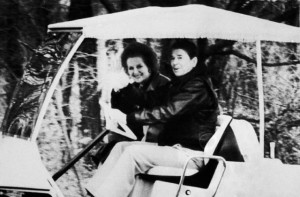 Scott was said to have written on Twitter that he hoped Baroness Thatcher’s death was “painful and degrading”, among a number of offensive messages he reportedly published since the former prime minister’s death.

Sgt Scott is said to have claimed her death was “87 years too late” and added that the world was a “better place”.

The Metropolitan Police described the comments as “completely unacceptable”.

Scott took the matter to the Directorate of Professional Standards after the tweets were widely reported. He then submitted his resignation before a police suspension over the incident came into force. It was accepted with immediate effect.

Sgt Scott had reportedly described news of the death as “marvellous stuff” and expressed a wish that the current prime minister, chancellor and home secretary were next.

“This officer’s behaviour was completely unacceptable and it is right that he has resigned,” Commander Allan Gibson said.

British Prime Minister David Cameron had on Thursday branded some reaction to the death of Margaret Thatcher as “pretty distasteful”.

“I think the overwhelming sense across the country – and you can see it yesterday in the House of Commons – is that we are mourning the loss of someone who gave a huge amount to this country, an extraordinary leader,” Cameron said.