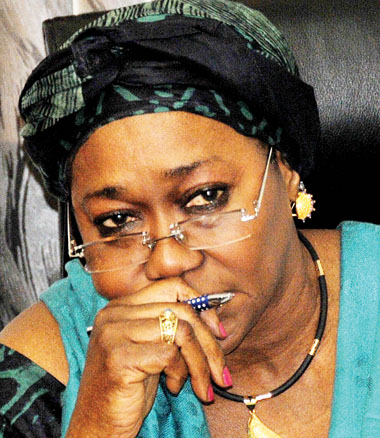 According to erstwhile Chairman of the Economic and Financial Crimes Commission (EFCC) Farida Waziri, offering prayers alone would not solve Nigeria’s problems unless its leaders did some “serious soul searching”.

Waziri who said it is not enough for political, religious and community leaders to just troop to mosques and churches, was speaking to journalists after a thanksgiving reception held in her honour by the Uga Mbakuha community, Ushongo Local Government in Benue state.

“I am saying this because some of the things happening in our communities and country as a whole today are strange to us historically and culturally. We are fast losing our culture of being our brother’s keeper instead we seek the fall of the next man,” she said.

The former EFCC boss said she was happy to be re-united with her people after serving Nigeria in various capacities and called for more cooperation among members of the community.

Earlier, Minister of Interior, Abba Moro who was at the event said Waziri’s commitment in her public and private undertakings has made her life worthy of emulation.