Comedienne Princess Damilola Adekoya. the popular female rib cracker popularly called Princess has finally tied the knot with her husband, Ade. They made their union official today, 22 of April at the Federal Registry, Ikoyi Lagos. 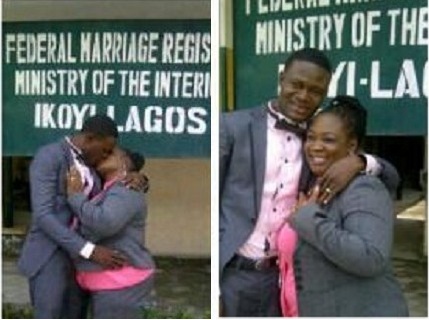 Their traditional wedding would hold on the 8th of May, 2013.

People are talking in a low tone that Princess is some months gone, meaning, she has been put in a family way by Ade, and in bid to safe herself of the shame and controversies that will follow thereafter, she quickly dragged the man to the altar. This of course can’t be the case because Princess is a godly minded woman who respects and religiously follows the principle of godliness.