The Presidency has launched a desperate mission to salvage its shattered amnesty-for-Boko Haram programme. 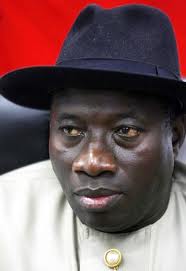 The fundamentalist sect rejected yesterday the planned clemency for its members, saying it should be the one to pardon the government.

Some prominent Northern elders believed to be close to Boko Haram have been enlisted to prevail on the sect to embrace peace.

But a rights activist, Comrade Shehu Sani, who once facilitated talks with Boko Haram, said the rejection of amnesty by the sect should be expected because the Federal Government failed to do its homework well.

Also, a former military governor of Kaduna State, Col. Abubakar Dangiwa Umar, said dialogue with the sect ought to come first before amnesty.To him, the rejection is not surprising.

After a parley with all service chiefs last week, President Goodluck Jonathan raised a committee to harness the various requests for amnesty for the sect.

The committee was given two weeks to come up with recommendations on the possibility of granting the militants pardon.

But Boko Haram leader Abubakar Shekau said the group has not committed any crime to deserve clemency.

In an audio statement, Shekau said his group had “not committed any wrong to deserve amnesty”.

“Surprisingly, the Nigerian government is talking about granting us amnesty. What wrong have we done? On the contrary, it is we that should grant you pardon,” Shekau was quoted as saying by AFP.

The rejection was made in an audio recording in Hausa language, which was distributed by email in a manner consistent with the previous messages released by Boko Haram.

The voice was said to be similar to that of previous Shekau statements.

The group says its members are fighting to create an Islamic state in the North where churches and many public places have been bombed. More than 1000 people have been killed.

According to the statement, Shekau said it was the government that was committing atrocities against muslims.

At the forefront of the clamour for pardon for the sect are the Sultan of Sokoto, Alhaji Sa’ad Abubakar, the Alhaji Maitama Sule-led Northern Elders’s Forum (NEF) and eminent Nigerians.

They include Action Congress of Nigeria (CAN) National Learder Asiwaju Bola Tinubu, who backed the idea with a condition that those with blood on their hands should face justice and the candidate of the Congress for Progressive Change (CPC) in the 2011 presidential election, Gen. Muhammadu Buhari.

Gen. Buhari urged Nigerians to support amnesty if it will bring peace.

The killings, which took place near the slain officers’ station, was confirmed by the State Police Commissioner Sanusi Rufai.

He said the gang also lost five of their members in the gun duel that ensued.

Rufai told the News Agency of Nigeria (NAN) that the policemen were attacked as they took guard behind the sand-bags which provided barriers at the entrance of the station.

The gunmen, who failed in their plan to raze the station, carted away some rifles, Rufai said.

He said: “The gunmen came around midnight, trying to enter the police station with intent to burn it down, but were resisted by the police.

“We lost four policemen and their rifles were carted away but the station was protected,” Rufai said.

According to sources, there has been anxiety in the Presidency and security circles since the position of the sect was made known.

It was gathered that the government got to know of Boko Haram stand on Wednesday night.

A source said: “No one is happy in the Presidency and in the security agencies because the decision of Boko Haram leaders is a setback.

“That is why everyone is wearing somber look because President Goodluck Jonathan and his security chiefs have been working round the clock to make the amnesty work.

“The government is already exploring options to salvage the situation, including liaison with Northern elders who could help persuade Boko Haram leaders to open up talks with the government.”

Asked why the Boko Haram leaders rejected amnesty, the source added: “I think they have reservations about the process. There was a lot of celebration in the media before the thing took off.”

In Sani’s view, the rejection should have been expected because the Federal Government failed to do its homework well.

He also accused the government of focusing on a monetised amnesty instead of a genuine type.

Sani said: “Well, I am not surprised. In fact, it should be expected that they (Boko Haram leaders) should reject it because the government has put the horse before the cart.

“First and foremost, the whole idea of amnesty is a charade. The concept brought by Northern elders is an amnesty modelled along the line of Niger Delta and it is attached to financial commitment from the side of the state. They wanted to buy peace at a heavy amount of money just the way it is being brought about in the Niger Delta

“The committee being set up by the government would naturally be rejected by Boko Haram because it was not constituted after a consultation with the leaders of the sect.

“The whole idea is about extracting billions of naira to be shared to insurgents and also giving out contracts, using the names of Boko Haram leaders.

“They simply rejected being used by some persons who want to profit from the amnesty deal.

“The way forward is for the government to go back to Dr. Ahmed Datti Ahmed peace talk which was facilitated by a journalist, Ahmad Salkida of which the group acknowledged and endorsed at that very time.

“The outcome of that talk should then be preceded by a committee, which will have the input of the sect and also be recognised by the government.

“The next stage will then be a six to eight or nine-month ceasefire, which will ensure justice for all the victims of Boko Haram.

“So, any thought of using tax payers’ money to back up a fraudulent amnesty is an exercise in futility.”

Col. Umar said dialogue ought to have come first before the Federal Government rushed into the amnesty offer.

He said through dialogue, the government ought to have allowed the people to identify themselves, present their demands, consider the demands and open talks with the victims of Boko Haram insurgency whether they are ready to forgive or not.

Col. Umar said: “Well, I have all been skeptical about this amnesty issue. I align myself with the fact that there should be dialogue between the government and Boko Haram so that we will know what the insurgents want before we jump into amnesty.

“Without dialogue, we will not know whether they are ready for ceasefire or not. So, we need to create room for them to identify themselves, what their demands are and discuss with the Federal Government whether the government can meet these demands or not.

“Also, in considering amnesty, the Federal Government must take into account that there are victims that have been killed, maimed and those that lost their property. We need to know whether the families of those killed and other victims are ready to forgive or not. President Goodluck Jonathan does not have the power to forgive, which is the whole essence of amnesty. There are victims who must be ready to forgive before we can talk of amnesty.

“To be honest, I am not surprised that they (Boko Haram leaders) have come out to reject amnesty. This is the first time the nation must come together or be united to address this insurgency.”