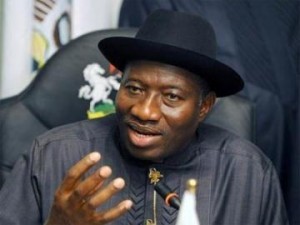 President Goodluck Jonathan will today inaugurate the committee to discuss with members of Islamic sect, Boko Haram, at the Presidential Villa in Abuja.

A statement issued by the Special Adviser to the President on Media and Publicity, Reuben Abati, said the inauguration would hold at 9:00a.m.

The statement read: “The inauguration by President Goodluck Jonathan of the Committee on Dialogue and Peaceful Resolution of Security Challenges in the North and the Committee on Proliferation of Small Arms and Light Weapons originally scheduled for 10 am today has been brought forward to 9a.m.

“President Jonathan has also approved the inclusion of Barrister Aisha Wakil as a member of the Committee on Dialogue and Peaceful Resolution of Security Challenges in the North which has been given the task of identifying and constructively engaging key leaders of Boko Haram, and devel- oping a workable framework for amnesty and disarmament of members of the group.

“As earlier announced, the inauguration of both committees will take place at the Council Chambers of the Presidential Villa.”