President Goodluck Jonathan’s special adviser on political matters, Ahmed Gulak, leads a growing list of Nigerian business and political elites who ran or still run secret offshore companies and accounts where they either hide their wealth to evade taxes, launder money or commit fraud, according to a cache of documents reviewed by the International Consortium of Investigative Journalists, ICIJ, and others. 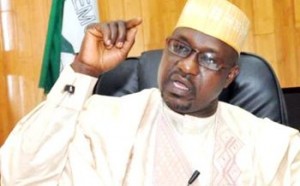 Mr. Gulak, who deals in the supply of fast boats, radial systems and naval communication equipment as well as military hardware to the Nigerian government, was linked to a secret shell company in the British Virgin Islands, one of the world’s most notorious tax havens.

Mr. Gulak is listed along with a former petroleum minister, Edmund Daukouru, and a former head of the Nigeria Ports Authority, Bello Gwandu, as key Nigerians indulging in this practice, according to our investigations.

Ahmed Gulak, the special adviser to Mr. Jonathan on political matters, is listed by company website as legal adviser to Erojim Group of Companies, a contracting firm that claims to supply fast boats, radial systems and naval communication equipment and other military hardware to the Nigerian government in liaison with its foreign partner, Poly Technologies  and NORINCO, both of China.

On the other hand, Edmund Daukouru a former petroleum minister sits on the board of Caverton Offshore Support Group, a Lagos-based provider of integrated offshore support services in Nigeria but which has also bounded with some foreigners to form a secret company abroad. Also on Caverton’s nine-man board is Bello Gwandu, a ruling party politician and former managing director of the Nigeria Ports Authority, a federal agency that oversees and operates the ports of the world’s most populous black nation.

Mr. Gulak, a lawyer and former lawmaker in Nigeria’s Northwest state of Adamawa, is one of President Jonathan’s closest aides, having worked as director of mobilization in the campaign that returned the president to power in 2011.  As legal adviser and close associate of Jimmy Ntuen, Erojim’s CEO, Mr. Gulak helped draft the legal papers for the incorporation of Erojim and its subsidiaries, including assisting Mr. Ntuen, who suddenly became Jimmy Ernest, when the British Virgin Islands’ version of Erojim was being incorporated.

These individuals are among a number of Nigerian officials and businesspersons who have links with shell companies abroad. It is not clear why they incorporated these shell companies – that is corporations that exist but do not have employees or assets and carry out no visible operations. But Shell companies, according to Fraud Auditing Inc., a worldwide authority on fraud, have become progressively known for their involvement with illegal activities, including money laundering, tax evasion, billing schemes and fictitious service schemes.

Taking advantage of the loose laws in several jurisdictions, shell companies are easy to form and owners can remain anonymous while using nominee directors as fronts and deploying the corporations to hide ill-gotten assets, launder funds, dodge litigations or evade tax.

An example is convicted former Nigerian state governor, Diepreye Alamieyeseigha, who was found to have used Solomon & Peters (a shell company registered in the British Virgin Islands) and Santolina Investment Corporation, (a company incorporated in the Seychelles), to steal public funds with which  he acquired assets valued at about  17.7 million British pounds while governor of the oil-rich state of Bayelsa.  Nigeria’s anti-corruption agency, the Economic and Financial Crimes Commission, has also  accused another ex-governor, Abubakar Audu, of  using two offshore companies in Bermuda (another tax haven) to hide ill-gotten assets.

Nigeria, Africa’s most populous country, is the 35th most corrupt country in the world, according to Transparency International’s 2012 rankings. Although the country has enormous oil resources, earning $24.5billion a year, according to the Revenue Watch Institute, most of its wealth are routinely stolen by kleptomaniac leaders who usually form shell companies to conceal their ill-gotten assets. The result is that the West African giant has remained among the most poverty-stricken in the world, ranking 156th out of the 187 countries rated in the United Nation’s most recent Human Development Index.

The Tax Justice Network, an international group campaigning against tax havens, also estimate  that about $11.5 trillion is held offshore by individuals – with a resulting annual loss of tax revenue on the income from these assets of about 250 billion dollars. “This is five times what the World Bank estimated in 2002 was needed to address the UN Millenium Development Goal of halving world poverty by 2015,” the group said. “This much money could also pay to transform the world’s energy infrastructure to tackle climate change.”

These funds are usually held via shell companies in tax havens. It is not clear whether that is what Mr. Gulak’s Erojim Energy and Equipment, registered in the BVI on June 8, 2006, set out to accomplish.  The company, with registration number 1032037, is listed on company website as a subsidiary of Erojim Group of Companies to which Mr. Gulak is directly affiliated.  The offshore Erojim has company chairman, Jimmy Ntuen Ernest (45,000 shares) and a certain Wang Yong (5000 shares) as directors.  Mr. Yong, listed on company website as director of commercials, is in turn related to around 40 other shell corporations, raising questions about whether he is a nominee director and what his real business motives are.

The Nigerian version of Erojim was incorporated in 2000 and it has, by its own admission, since then done businesses with the Nigerian government through its ministries of defence and education. It is not known whether Mr. Gulak has tapped his closeness to the government to facilitate businesses for Erojim. But it is common for officials in Nigeria to use fronts to corner contracts for themselves.

Company documents suggest that Erojim BVI is inactive having been struck out for non payment in October 31, 2007,  but owners have continued to showcase the firm on company website  as a viable subsidiary in the British Virgin Islands.  The group also suggests it has two subsidiaries in the United Kingdom – Barnes and Tubbies Linited (with registration number 6620080) and Erojim Investment Limited (with registration number 6620062) raising even more questions about the company’s seeming fetish for incorporating offshore companies not known to carry out business operations. Erojim’s chairman seems to peddle double identities as well. While he is known as (Obong) Jimmy O.Ntuen on company website, he is identified as Jimmy Ntuen Ernest in Erojim BVI’s company documents, again raising questions about his business tactics.

Mr. Gulak didn’t answer or return calls. He also did not reply to a text message seeking comments.  Calls to the number listed on company website were answered by a woman who said she does not work in Erojim and had no relationship with the company whatsoever. “This is my personal number as you can see,” she said, in a March 1 telephone exchange. An email enquiry bounced back, suggesting that the email address listed on company website is also not working.