Another Nigerian, Mr. Boniface Umale has become the latest victim of death in UK prison custody over unexplained circumstances. 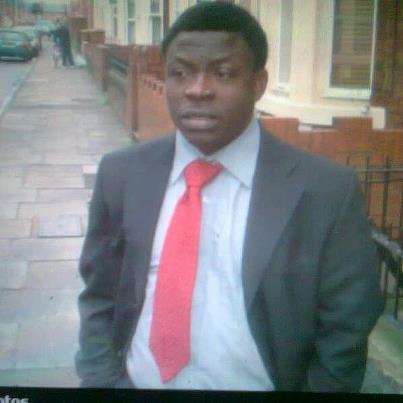 While friends, in shock, were still rallied round, trying to talk the Nigerian High Commission in UK to action, while trying to ask for a post-mortem result and to ensure justice is done, and while his family is yet to be officially informed, only yesterday, Barrister Adeniji of Rock Solicitors, the lawyer hired by his friends was at the prison only to learn that the body of the late student was being prepared for cremation! What are the prison authorities trying to hide?Umale, a Masters student in Pipeline Engineering at Northumbria University, Newcastle, was arrested and while it was still unclear the reasons for his arrest, on March 24 authorities at Her Majesty Prison, Durham announced that he had died!

Why is the Nigerian High Commission foot-dragging?

The world needs an explanation on what really happened to Boniface Umale, the young aspiring Nigerian cut short at the height of his dreams.

Below is a letter from his friend Daniel Okpla to the media, detailing the case:

Friends and members of the Idoma community in the UK have been saddened by the mysterious death in prison of Mr. Boniface Umale. Mr Umale graduated in 2008 with an MSc degree in project Management from the Northumbria University, Newcastle and started another M.Sc degree in Pipeline Engineering until his demise in custody.

According to the Her Majesty Prison (HMP) Durham, Boniface died in the early hours of 24th March and the news was broken to the Nigerian High Commission on Monday 25th of March 2013. He was held at HMP Durham and attended several court trials.

As at the time of writing, HMP Durham could not confirm if he was convicted of any crime and have not submitted any autopsy report to the Nigerian High Commission despite several requests by the High Commission and the Idoma community in Diaspora.

Without confirmation from the Nigerian High commission, HMP Durham has indicated her intention to proceed with cremating the body without following due process. Family, friends and the entire Idoma community in Diaspora have made it clear that cremation is culturally unacceptable and arrangement must be made to repatriate the body to the family at Otukpo, Benue State for a befitting burial.

Suffice to say that HMP Durham owes Boniface and all suspects and/prisoners in her custody the duty of care and protection no matter the allegation against them. Any failure in this regard is viewed seriously. It is completely unacceptable that HMP Durham seem to be sweeping this matter under the carpet.

They have failed to provide answers to pertinent question agitating the minds of friends and family members at such a difficult time. Boniface’s family and friends need to know:

1. When and why was he arrested including access to legal representation?

2. The level of care and support he received while in police custody prior to arriving at the HMP Durham prison.

3. Why did the police and the authority of HMP Durham fail to notify any one in UK or Nigeria of his arrest and detention until his death?

4. Was his death at HMP Durham prison racially motivated or due to gross negligence?

5. Was he particularly in a solitary confinement and without appropriate monitoring and risk assessment?

6. How was he treated in custody including any history of hospital attendance?

7. Why is the authority of HMP Durham refusing to disclose his post mortem report and insisting on cremation despite strong protest from members of the Idoma community?

While we expect the law to take its full course, the authority of HMP Durham must be held to account in keeping her obligation of duty of care and protection to all inmates in her custody. We press for transparency, justice and equity in this matter. We are strongly opposed to cremation which is a cultural taboo and hereby urge the HMP Durham and the UK government to investigate this matter and bring justice to the grieving family.

Many thanks for bringing our plight to your highly esteemed audience.