It was reported that Mercy Aigbe, the Yoruba popular actress, had an issue with her hubby, Lanre Gentry, at the Troy Lounge, where she honoured the Oodua TV crew for interview and the husband, Lanre was said to have dragged her out of the venue furiously.

It was reported that Mercy Aigbe, the Yoruba popular actress, had an issue with her hubby, Lanre Gentry, at the Troy Lounge, where she honoured the Oodua TV crew for interview and the husband, Lanre was said to have dragged her out of the venue furiously. 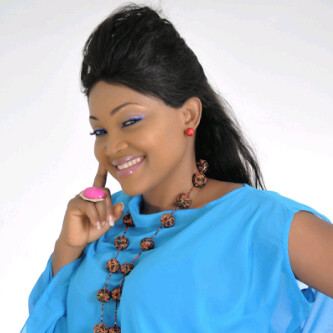 This is what Mercy sent to us as her response when Nigeriafilms.com inquired about her reaction over the story.

Contrary to gist going round on some blogs about how actress Mercy Aigbe was publicly disgraced by her husband Lanre Gentry, nothing of the sort actually happened.

According to inside sources, the actress arrived Troy Lounge, Ogba, the venue of the hosting late due to the fact that there was a party at her husband’s hotel in honour of a certain artiste.

Mercy’s husband Lanre Gentry actually got to Troy Lounge 30 minutes before Mercy Aigbe who later arrived in her car a, Toyota Solara V6 SLE, in company of her younger sister, PA and some friends.

Mercy was later ushered to the red carpet where she spent about 30 minutes taking photos with fans.

Subsequently, the actress was taken to a room which was reserved for her by the O’odua M’oun M’aworan crew (this is actually a norm with both the V Channel and O’odua TV team) for her to rest before joining the party which was already being enjoyed by her husband.

While on the hot seat, Mercy Aigbe answered several questions from fans. And when asked what her regret in life was, she was quick to say “My only regret in life is that my husband is not the father of my first child, I wish I had met him earlier than I did because he has been so good to me.”

After she danced with guests at the event, she complained of tiredness and retired to her room. The MC of the event, Soji Omotayo, who was trying to make light comedy (as he knew Mercy was in her room already) started asking “Where is Mercy o”

Back at the room, Mercy had changed into a more comfortable outfit (a white Jalamia). She was later joined by her husband and they both came downstairs together. However, Mercy’s car developed a fault and refused to start. Lanre Gentry then attempted to get someone to fix the problem with the car but was advised by Bimbo Salako of O’Odua TV to let it be until Monday morning since it was already late. Mercy later joined her hubby in his car and they drove off.

Mercy’s car was later moved from Troy Lounge at about 1 pm yesterday for repairs.

Meanwhile, fans and friends feel that it’s uncalled for to have gone there with another clothing item. even if she wants to change if she wasn’t feeling too comfortable with what she had on earlier she could have changed into something more beffiting for the ceremony rather than something as extremely casual as a Jalamia as reported.