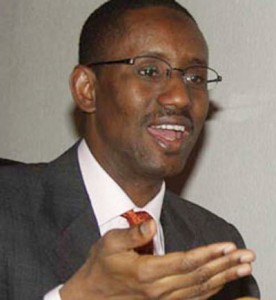 Presidential candidate of the Action Congress of Nigeria, ACN, in the 2011 elections, Mallam Nuhu Ribadu, has appealed to the Islamist sect, Boko Haram, to accept the amnesty offered by the Federal Government, while also urging the Federal Government not to be discouraged by the difficulties being experienced in its quest to achieve peace.

Ribadu made this appeal on Saturday, while speaking with newsmen at Ikenne, Ogun State during a visit to the family of late Chief Obafemi Awolowo.

The former EFCC chairman stressed that Boko Haram should have a rethink about its recent decision to reject the Federal Government’s offer of amnesty to its members, appealing to the sect to accept the amnesty offer.

Ribadu who was at Ikenne on a condolence visit over the death of the Publisher of the Tribune titles, Chief Oluwole Awolowo, in the company of former minister of aviation, Chief Femi Fani-Kayode, and a former minister of the Federal Capital Territory, Alhaji Aliyu Moddibo, noted that the activities of the Boko Haram sect had cost the nation monumental human and material losses.

He therefore advised the sect to embrace peace as the sect was doing no one any good by the killings and maiming being perpetrated by its members, adding that terrorism would not thrive in Nigeria.

“I am also making a direct appeal to those who are involved to know that they are destroying their own people. They must understand that it has not worked anywhere in the world and it will not work in Nigeria. What do they want to gain from this senseless killings? In the name of God, let them stop,” Ribadu said.

He also appealed to the Federal Government not to be deterred in its quest for peace.

“I felt very sad when I heard that the Boko Haram sect rejected the amnesty offer, but that does not mean that government should totally relent in the move. Personally, my view from the outset is we should pursue the direction of dialogue and not closing any door against peace.

“From now, the feelers and body language of the sect is not encouraging, but that does not mean that we should abandon or give up. We should pursue the direction of peace.”