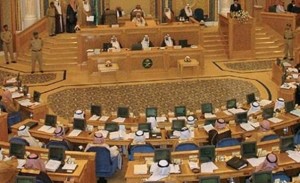 Saudi Arabia’s consultative Shura Council on Monday voted to change the weekend from Thursday-Friday to Friday-Saturday.

The motion recommending the weekend change was endorsed by 83 members while 41 members resisted it.

Shura Member Saud Al Shammari said that the change would be beneficial economically and socially for Saudi Arabia, arguing that it was the only country in the Gulf region to have kept the Thursday-Friday weekend.

“Saudi Arabia misses contacts with the rest of the world for four days since the weekend here is Thursday and Friday while their weekend is on Saturday and Sunday,” Al Shammari said last week when he filed the motion.

The council has 150 members, including, for the first time in its history, 30 women.

President of predominantly Muslim West African country Gambian had earlier in tthe year declared a four day working week which is from Monday to Thursday, with the weekend Friday, Saturday and Sunday.

Yahya Jammeh had said that he wanted his people to spend more time for Agriculture, Prayers and Social Activities, while he set the new working hours at 8:00 am to 6:00 pm.

Oman announced earlier this month that it would shift to a Friday-Saturday weekend starting May 2 to align itself more closely with financial and economic activities elsewhere in the world.

The shift was warmly welcomed by Omani citizens and expatriates.