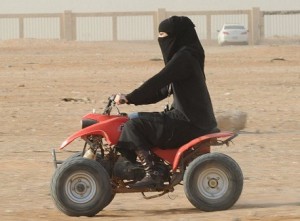 Saudi Arabia is easing up on strict rules unfavourable to women, as Saudi women have been allowed to ride buggies and bikes in public after the Commission for the Promotion of Virtue and the Prevention of Vice lifted a ban on them.

Under the new rules, women can use parks, esplanades and open desert areas and enjoy themselves as long as they are modestly dressed, sources from the Commission told local Arabic daily Al Youm.

More importantly, a male relative should be present to ensure he can provide prompt assistance in case of falls or accidents, the source said.

Also, women wishing to ride the buggies or bikes should avoid places where there are assemblies of young people, so as to protect themselves from physical or verbal harassment and possible theft.

However, women are warned to ensure the bikes and buggies are used only for recreational purposes and not as permanent means of transport. 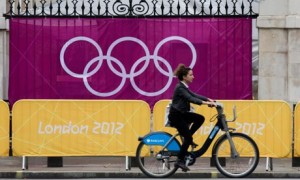 The rules apply to Saudi women only as the Commission said that it never barred foreign women from riding buggies or bicycles.

In the conservative monarchy, women are not allowed to drive.

A traffic official told Al Youm that they were not involved in the decision to allow women to ride bicycles or buggies or any other means of transport.

“Our concern is the positive traffic culture and full compliance with traffic rules and regulations by all drivers and riders,” Ali Al Zahrani, the spokesman for the Eastern Province Traffic, said.

Many Saudi women are happy with the new development. Samia Al Bawardi, the head of an NGO for the victims of car accidents, however warned women about riding bicycles and buggies.

According to her, “Wearing abayas — the coverall worn by Gulf women — and erratic driving could result in terrible accidents”.