Antonio de la Rua; the son of former Argentine President Fernando de la Rua; was famous singer, Shakira’s boyfriend for 11 years but they broke up a while back. He was also her agent. In a letter posted on her blog after the split, ‘The Hips Don’t Lie’ singer stated that Antonio would continue to oversee and conduct her business and career interests. She also mentioned in the same letter that their friendship and understanding of one another was unwavering and indestructible.

That doesn’t seem to be the case now as Antonio is claiming that he was responsible for two of her biggest hits- Hips Don’t Lie and Waka Waka. He also is claiming that he orchestrated her $300 million deal with Live Nation in 2008 and she owes him. He filed actions against her in New York, California, Switzerland and the Cayman Islands, charging that she still owes him his share of her profits.

Shakira is of a different opinion as she replies that he should get over himself and over her. She claims that she was already an established artist by the time she met de la Rua in the year 2000 and hired him out of pity in 2005 because he was unemployed. Shakira — who had a baby with Barcelona soccer star, Gerard Piqué earlier this year — filed suit against de la Rua in the Bahamas last year, charging that he had “misappropriated” $3 million of her money. 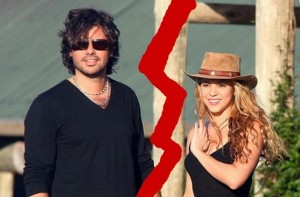