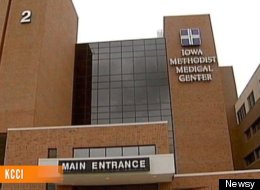 A Des Moines, Iowa woman claims her shy bladder prevented her from getting a job.

Court papers obtained by the Des Moines Register said Jennifer Conner was offered a job at Iowa Methodist Medical Center in June, 2012. But the offer was contingent on successfully completing a drug test.

For Conner, that was no small task. Court documents indicate she was diagnosed with paruresis, more commonly called “shy bladder syndrome.” This makes it hard for Conner to use most public restrooms, the documents said.

Nurses at the facility where Conner tried to take her test did not provide her with these special accommodations, making it impossible for her to complete the test. Her job offer was then rescinded, according to the suit.

The Associated Press reports that Conner offered to take a blood-based drug test or use a catheter to extract urine at her own expense, the documents said. Those offers were refused, the suit claims.

The hospital declined to comment, citing the pending litigation, according to the Register.

The International Paruresis Association reports that roughly 21 million people worldwide have the condition, also referred to as “pee-shy” or “bashful bladder.”