A 16-year-old pupil of American International School, Lagos, has been confirmed kidnapped. The PUNCH had reported on Thursday that the pupil was last seen in his parents’ Sports Utility Vehicle on his way to school 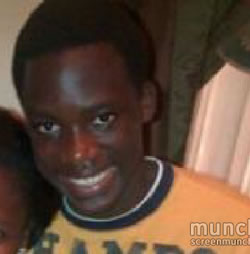 It had also been reported that the victim was kidnapped on Tuesday morning while going to school while the drivers’ whereabouts remained unknown.

The vehicle was however found abandoned at the Palms shopping Mall, located in Lekki area of the state.

Although the identity of the victim was not initially known, school authorities have identified him as Olufolabi Adeniji, an 11th grade pupil.

It could however not be immediately confirmed if the kidnappers had made contact with the family.

Adeniji’s kidnap is the third case of abduction this week.

The chairman, Ejigbo Local Council Development Area, Kehinde Bamgbetan was kidnapped on Monday on his way home while a lady, Nnena Edu, was kidnapped in front of Redeemed Christian Church of God, Sabo, Yaba, on Sunday. She was however released three days later.