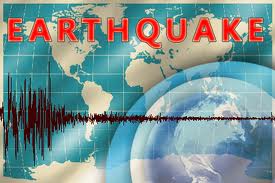 A 6.6 magnitude earthquake struck 74 kilometres west of Bougainville island in Papua New Guinea on Sunday but there were no immediate reports of damage.

The quake, originally registered at 6.7 magnitude, was 65km deep.

“Although anything at less than 100km depth is considered shallow, we’re not expecting anything major from this,” said David Jepsen, senior seismologist at Geoscience Australia.

“It’s nothing like the quake we had there in February.”

A 7.9 magnitude quake struck the neighbouring Solomon Islands archipelago in early February, triggering a tsunami that killed at least five people and prompting evacuations across the South Pacific.

The Solomons, perched on the geologically active “Pacific Ring of Fire”, were hit by a devastating tsunami following an 8.1 magnitude quake in 2007. At least 50 people were killed then and dozens left missing and more than 13 villages destroyed. [Reuters]