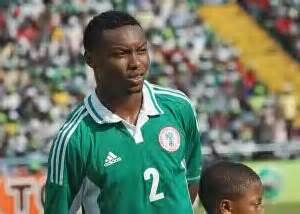 Godfrey Obaobaona may be heading to Valencienes a recent report stated
A top official of Sunshine Stars Mike Idoko disclosed this to MTNFootball.com: “The only team who have tabled a bid formally and officially for Obaobona are Valencienes from France.
“We have their document and we are studying it. We haven’t got any contact from Newcastle over his services,” Idoko added.
However, Idoko was unwilling to tell how much the purported deal was going to cost.
“I can’t tell you how much, but Valencienes have made an official bid for him,” he maintained.
Valencienes are currently 12th on the 20- team Ligue 1 table with 40 points from 33 matches.
Among the top European clubs interested in the utility footballer are: Arsenal, Lille and Newcastle of late.