Home Metro News The quality of our ruling elite has degenerated with each successive Republic...
Facebook
Twitter
WhatsApp 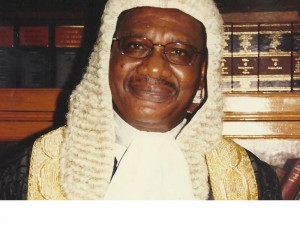 Professor Itse Sagay, a renowned legal practitioner, has criticised the country’s ruling elite for failing to provide good governance for the nation.

Prof Sagay made this known in Lagos while delivering a lecture ‘Good Governance and Enforcement of Law and Order’ at the Nigerian Institute of Management’s 2013 Management Day. According to him, “The most remarkable characteristic of the Nigerian ruling class is its complete and total insensitivity to the public outcry and outrage over the percentage of our resources that the members appropriate to themselves for their own consumption.”

The legal luminary explained that while Nigerian Senators and House of Representative members earn $1.7m and $1.4m respectively per annum, American Senators earns about $174, 000 with UK parliamentarians earning £65,738 per annum. He noted that income per capita for the US and UK is $46,350 and $35,468, respectively, while that of Nigeria is $2,248.

Sagay said, “Nigerian legislators pay themselves the highest salaries of all legislators in the world, even though their country is amongst the least developed in the whole world… One fact is clear, the Nigerian political and public service elites have been exhibiting a devastating level of value deficiency since the end of the First Republic, which has grown progressively worse. With a few exceptions, the quality of our ruling elite has degenerated with each successive Republic.”

He also lamented the role corruption had played in contemporary Nigeria, describing it as ‘Grand Commander’: “No day passes without the disclosure of one fresh set of financial scandals or the other. The financial blood of the country is simply being drained away by a kleptomaniac political and public service elite,” he said.