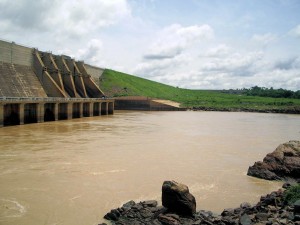 Sources say the sad incident happened when some students of the university who were on a short break came to the dam to hold a party to mark the Easter festival. It was learnt that one of the students decided to swim in the dam and got drowned.

In an attempt to save the life of his drowning colleague, a second student also drowned.

Things got worse as a third person jumped in trying to save the two students who drowned, but he also got drowned.

Some of the residents who spoke to newsmen revealed that many people had lost their lives in the dam in the past, and wondered why people still swam there.

They therefore called on the state government to enact a law that would ban people from having functions close to the dam because of past tragic incidences, and to prevent future occurences.

While expressing his shock over the sad incident, Aminu called on parents and guardians to always monitor activities of their children and ensure they only go to places where they would be safe.

“We want to warn people against going to the dam to celebrate. There are many ways people can celebrate a festival, instead of exposing themselves to danger.”