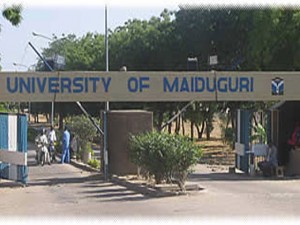 A lecturer in the Mass Communication Department of the University of Maiduguri (UNIMAID), Malam Murtala Mohammed was on Sunday shot dead at his residence in Maiduguri.

Eyewitnesses said Mohammed was shot at his 202 Housing Estate, opposite the university campus.

“He was shot at close range by a group of teenagers shortly after observing the Zuhr Prayers in front of his house,” the witness said.

Also speaking, Malam Yusuf Ibrahim, a neighbour of the deceased, said the victim appeared to have been trailed by his killers from the university campus before coming to his house.

“Apparently the killers must have trailed him from the university campus where he had gone to perform some official assignment in the morning,” he said.

He said however that the university authorities could not take immediate action as the lecturer was killed outside the campus.

“I learnt that his remains were taken to the University Teaching Hospital (UMTH) mortuary by a team of operatives of the Joint Task Force (JTF) who were alerted by neighbours after the event,” Mohammed said. [NAN]