US Ambassador to Nigeria Ambassador Terence McCulley said this during a tour of the primary health centre in Masaka, Nasarawa State.

The tour was organised by the U.S. Embassy to observe the progress made on Prevention of Mother-to-Child Transmission (PMTCT) of HIV in the country. 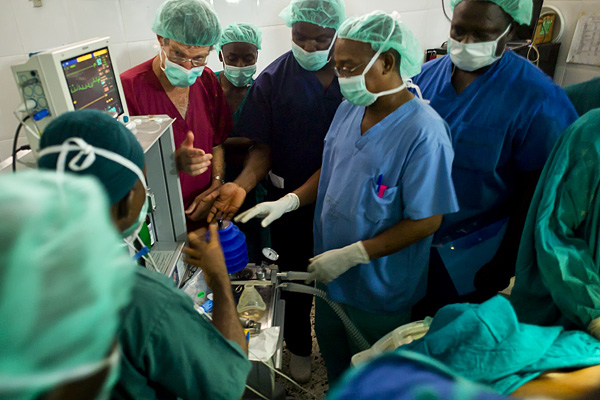 The programme is supported by the U.S. President’s Emergency Plan for AIDS Relief (PEPFAR).

McCulley said the three billion dollars was to support the U.S. Government’s 10-year partnership with Nigeria to fight HIV and AIDS, including prevention, treatment and care programmes.

“We’ve been partners of the Nigerian government in the HIV and AIDS campaign since 2004.

“It is the single most important assistance programme we have in Nigeria and I’m very proud of the work we do with our Nigerian partners”, he said.

Also speaking, Dr Jerry Gwamna, Unit Leader, Centre for Disease Control and Prevention, expressed concern over the limited counselling and testing service for pregnant women, adding that only less than 20 per cent of women received such services.

Gwamna said the Federal Government had produced a plan to scale-up PMTCT services in Nigeria to address the challenge. (NAN)