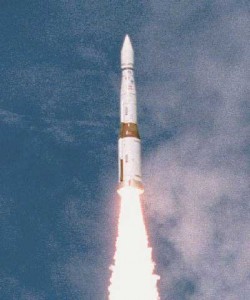 The North Korean army has warned the United States that its military has been cleared to wage an attack using “smaller, lighter and diversified nuclear” weapons.

“The moment of explosion is approaching fast,” the military said, warning that war could break out “today or tomorrow”.

In a statement carried by the Korean Central News Agency early on Thursday, Pyongyang has authorised troops to counter US aggression with “powerful practical military counteractions”.

The warning, the latest in a series of escalating threats against the US and South Korea, came after the Pentagon said it would deploy a missile defence system to the US Pacific territory of Guam to strengthen the region’s protections against a possible attack.

Despite the rhetoric, analysts say they do not expect a nuclear attack by North Korea, which knows the move could trigger a destructive, suicidal war that no one in the region wants.

The UN Secretary-General, Ban Ki-moon on Thursday said he was “deeply concerned” over rising tensions.

US Defence Secretary Chuck Hagel, however, labelled North Korea’s recent rhetoric as a threat to the US and its Asia-Pacific allies.

“Some of the actions they’ve taken over the last few weeks present a real and clear danger,” Hagel said while speaking at the National Defence University in Washington on Wednesday. But he assured the US is doing all it can to diffuse the situation.

US has just deployed the Terminal High Altitude Area Defence System among other steps earlier taken to bolster forces in the region in a far-reaching show of force aimed at countering the North Korean threat.

The Pentagon said the system will boost defences for American citizens in Guam, a US territory, and US forces stationed there.

North Korea has railed for weeks against joint US and South Korean military exercises taking place in South Korea and has expressed anger over tightened sanctions for a February nuclear test, and has also followed through on one threat Wednesday; authorities refusing South Koreans who manage jointly run factories in the North Korean city of Kaesong entry.