A MAN had to be saved after his attempts to do internet dance craze the Harlem shake in front of a bonfire turned into disco inferno. 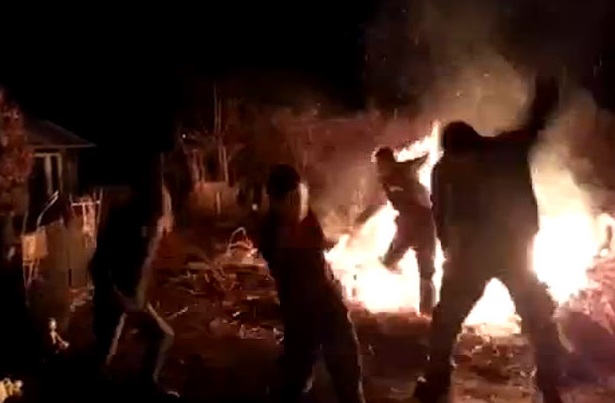 He was one of four pals seen busting a move in front of the fire when he stumbled backwards into the huge blaze.

The 30-second video shows the dungarees-wearing hoofer being plucked from the flames apparently unharmed.