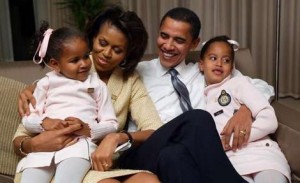 American President Barack Obama and his wife Michelle reported about $600,000 (about N90million) in income last year and were taxed at the rate of 18.4 percent, the White House said Friday.

It noted that Obama has called for a 30 percent tax rate for wealthier Americans like himself.

The overall figure is down from 2011, when the couple made nearly $800,000, thanks in part to proceeds from book sales.

The Obamas also paid nearly $30,000 in state taxes in Illinois, where they own a home in Chicago, and donated $150,000 to charity last year, said White House spokesman Jay Carney.

Named after billionaire investment wizard Warren Buffett — who famously complained he paid a lower effective tax rate than his secretary — the idea has been rejected by Congress, where Republicans opposed to higher taxation control the House of Representatives.

“Under the President’s own tax proposals, including limitations on the value of tax preferences for high-income households, he would pay more in taxes while ensuring we cut taxes for the middle class and those trying to get in it,” Carney said in a statement.

Vice President Joe Biden and wife Jill, who works as a university professor, reported $385,072 in adjusted gross income in 2012 and paid $87,851 in taxes, the White House said.

President Obama pays for his own expenses out of his $400,000 annual salary, including food, drinks, and dry cleaning. The president is presented with a weekly menu, and they buy the groceries. It is so for all American presidents.