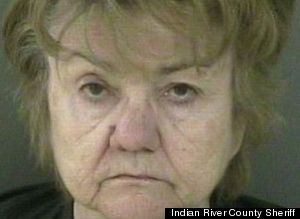 Apparently, 911 is the loneliest number.

Deputies in Vero Beach, Fla. say that 64-year-old Fleurette French dialed 911 on multiple occasions in March because she was “lonely,” according to an arrest affidavit obtained by TC Palm.

A dispatcher says when French made an emergency call around 8 p.m. on March 30, she reported a medical issue and noted that she had been drinking. The dispatcher stated the woman “was in no obvious distress.”

A medic sent to French’s home told deputies when he got there, French admitted she had really just called “because she was lonely,” but she was nonetheless taken to a local hospital.

Investigators then found French had called 911 five times between March 22 and March 30. Each time she was drunk, and each time she was transported to the hospital, according to the affidavit.

Doctors found that French had no medical issue. She was charged with abuse of 911.

French isn’t the first lonely individual to allegedly call 911. In 2010, an Ohio woman was accused of repeatedly calling 911 and asking dispatchers out on dates. She was also accused of urinating in her apartment building’s hallway.

Last May, an Oklahoma man allegedly dialed the emergency line 17 times in one day to try and talk dirty with the operators.