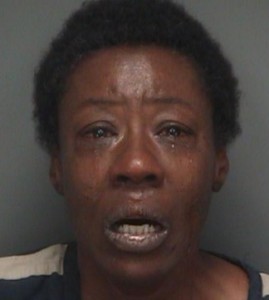 This is a perfect example of why we are all taught at a young age to say no to DRUGS! After handing over her last $50 to a drug dealer for cocaine and marijuana, a Florida woman suffering from buyer’s remorse called 911 and asked cops for help in securing a refund.

47 year old Katrina Tisdale, explained to St. Petersburg police that she would be penniless until her next Social Security disability check arrived. Hence the pressing need to recover her $50 from the unnamed drug dealer.

Despite Tisdale’s explanation for her two calls to 911, police arrested her for misusing the police emergency system. Seen in the above mug shot, Tisdale was booked into the Pinellas County jail, where she is being held on $100 bond.

According to jail records, Tisdale has been arrested many times over the past several years, including six arrests for cocaine possession. Tisdale was convicted in mid-2011 of calling 911 to falsely report that she had been robbed by her drug dealer.