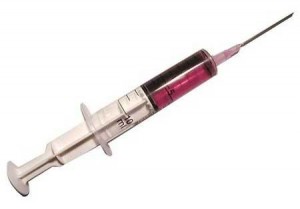 A 24-year-old woman has died in Lagos after she was administered with an obnoxious substance by a suspected quack doctor following an undisclosed ailment.

Sophia Ifeoma Obi was said to have visited her fiancé in Lagos in preparation for their marriage when the tragic incident happened.

The 46-year old man, Ojelabi Jonathan, who injected her, had since been arrested and is facing trial.

Trouble started when Jonathan went to Sophia’s fiancé’s house at DF 47, Shagari Estate, Ipaja, Lagos and allegedly mixed an obnoxious substance and injected her after which she immediately started vomiting and became unconscious.

She was rushed to a hospital where she was certified dead and was taken to a mortuary.

The Anambra state indigene was said to have met her fiancé known as Obi, a clearing agent and they agreed to marry each other.

Neighbours said Sophia didn’t move in with Obi, but usually visits and goes back to her parents. It was during her last visit that the tragic incident happened.

The matter was reported at Ipaja Police station and Jonathan was arrested. The matter was later transferred to SCID, Panti, Yaba for investigation.

Jonathan was charged before the court presided over by Mrs M.A. Ladipo, for alleged criminal termination of Ifeoma’s life.

His plea was not taken. The court ordered that he should be remanded in prison custody, while the prosecutor was ordered to duplicate his case file and send it to DPP for advice.