Late Chief Kingsley Wobo’s wife, Charity, who allegedly poisoned and tortured him to death in Mboshimini Community, Obio/Akpor Local Government Area of Rivers State has been arrested by the police.

The 36-year-old suspect was reportedly arrested with one of her brothers, alleged to be an accomplice in the murder of Chief Wobo.

According to sources at the state Criminal Investigation Department, CID, the suspect did not act alone, as there were other suspects who assisted her in killing her husband.

BY EGUFE YAFUGBORHI Apart from this, family sources also confirmed that the relation of the woman was arrested when he visited his sister in the police station.

“Her brother had gone to see the sister (Mrs. Wobo) in police custody when the daughter of the deceased who had noticed his face the night her father was killed ordered the police to arrest him.After his arrest, the police later recovered the late Wobo’s three telephone sets from him,’’ the family sources also said.

According to the source, there were reasons to believe that Chief Wobo’s death was premeditated as he was poisoned before being tortured and stabbed severally.

However, an elder brother of the deceased who identified himself as Mr. Wobo, said the family was awaiting an autopsy on the deceased as well as police investigation reports and would not jump into conclusion.

Chief Kingsley Wobo, a notable contractor in Port Harcourt, was reportedly stabbed to death after being poisoned about three weeks ago at his Mboshimini residence, with accusing fingers being pointed at the direction of his wife following alleged differences relating to late Wobo’s plans to take a second wife. 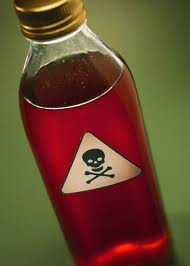