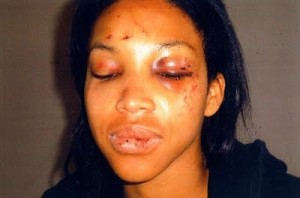 This issue has become a worldwide concern. Domestic violence, rape and all other sorts of abuse against women are being fiercely combated.  A question comes to mind however; why are women the most susceptible to abuse? As adults and as children, abuse against females is much higher than against males.

Women are much more vulnerable to abuse because of their nature. Women are nurturers and this requires them to be patient, optimistic and willing to see the best in every situation and person. Women are creatures of faith, willing to stick through pain to get to a desired point and deliver a vision.

It is for this reason that women are frequent victims of abuse. They keep on believing the best of their abuser, they hold on to hope and to faith, waiting patiently for the day the abuse will end and they can say “It was worth it”. Unfortunately, many of them die or suffer grievous harm waiting for this day that will never come.

The battered women of the world might not be strong enough to fight for themselves but we must take on this fight for them. Even if you’re not being abused, don’t say “It’s not my concern”. It’s the concern of every woman in world and the men that love them to put an end to violence against women. Every step we take forward in this war is another step closer to creating a world where our daughters and their daughters after them can be safe in the knowledge that they will be battered and bruised no more.

Do your part. Join the war on Violence Against Women.