Have $15.3 million lying around? Then you could become the owner of the world’smost expensive iPhone 5.

Created by United Kingdom-based designer Stuart Hughes, the £10 million (about $15.3 million) iPhone is coated in solid gold and features both black and white diamonds. 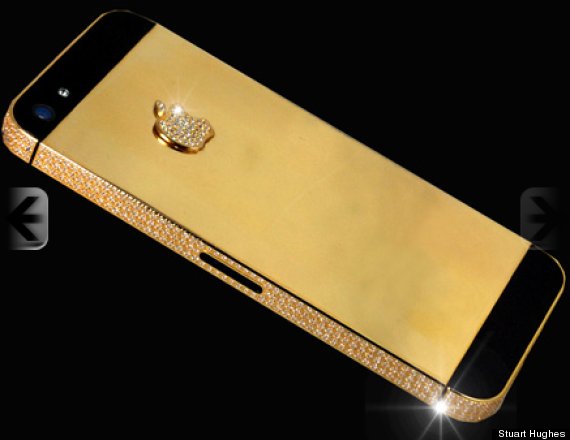 Hughes, who is known for crafting incredibly pricey luxury tech products, created the design at the behest of a Chinese businessman. According to CNN, Hughes said the businessman owned a rare 26-carat black diamond that had been passed down from one generation of his family to the next and wanted to include it in the iPhone design.

Previously, Hughes created an iPhone 4S Elite Gold phone priced at £6 million (about $9.18 million) that once held the title of world’s most expensive phone. However, with his latest creation, Hughes has broken the record yet again.