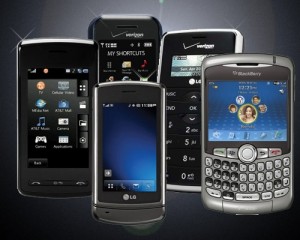 What comes as an advantage to some may be a disadvantage to others. Such is the case of the advent of GSM technology as some wristwatch dealers in Lagos on Tuesday said the introduction of cell phones had caused a drop in the sale of wristwatches.

Speaking to the News Agency of Nigeria (NAN) in separate interviews, the wristwatch dealers said their sales had dropped since the introduction of cell phones as they also have chronological capabilities.

NAN reports that Global System of Mobile Communication (GSM) was introduced in 2001 by the administration of former President Olusegun Obasanjo.

“I have been operating my supermarket since 1994 and before the inception of cell phones; I sold close to 10 wristwatches a day. 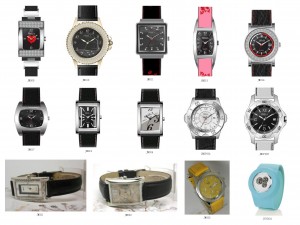 “As a result of reduction in the sale of wristwatches, I have diverted into selling chains and rings,” Audu said.

Audu said the only type of wristwatch selling in the market now is gold plated wristwatches because most customers believed that their value appreciates with time.

Mr. Kenny Agunbiade, a wristwatch repairer, told NAN that he had learnt to repair phones since few people were now using wristwatches.

Agunbiade said that he was making more money repairing phones than selling wristwatches. He therefore urged his colleagues to learn how to repair handsets as an alternative source of income.

Mrs. Lola Akinlade, a food seller in Iganmu, said that a wristwatch was now a fashion item to complement one’s dressing.

“I can no longer waste my money on a wristwatch since what I need is on my phone,” she said.

Mr Tunde Badmus however disagrees with the take of wristwatch sellers. He said their sales dropped because they decided to remain with wristwatches that only tells time.

A technology enthusiast, Azeez Amoo also said wristwatches are not just for telling time anymore. They also advance with other technological advancement. “We today have wristwatch phones. So, what are we talking about? Cell phones have by no means in my opinion affected wristwatches.”