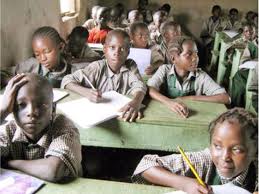 The Acting Executive Secretary of the Universal Basic Education Commission, UBEC, stated that specific interventions geared towards broadening access and ensuring functional learning for Nigerian citizens were therefore being initiated to address the issue.

Onocha said this at the flag-off of the Needs Assessment Survey for the integration of out-of-school children from South-East and South-South states, noting: “Realising the enormous loss accruing to both its citizens and the country at large as a result of the impact of education on a large proportion of its youthful population, government has redoubled efforts towards reversing the trend.

“I am delighted to inform that in the renewed drive for the education of known target groups, which hitherto had little or no access to education, the Nigerian government has initiated specific interventions geared towards broadening access and ensuring functional learning for its citizens.

“Priority programmes in this direction include integration of Almagiri education into the Basic Education Programme, All girls’ school initative and integration of out-of-school children form South East and South-South states into the UBE programme,” he said.