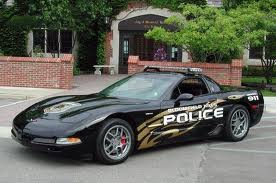 12-year-old Jeremy Drew spotted a Las Vegas Metro police motorcycle parked illegally on the sidewalk near a gas station and recorded a video that has since gone viral racking up more than 3.4 million views.

The video was posted in September 2012, but recently gained attention. As the police officer exits the gas station convenience store with a large soda, young Jeremy politely asks him if there was a reason, like an emergency in the area, that necessitated parking his motorcycle on a sidewalk.

The officer’s response was, “Because I can.” The boy then courteously requests, “Can I see your badge number?” Jeremy repeatedly is turned down and then asked by the police officer if he is a, “junior lawyer,” asked for his ID, and accused of loitering.

Eventually the officer rides off. The video has sparked debate from commenters with some applauding Jeremy’s moxie and others thinking he was being an annoying kid.