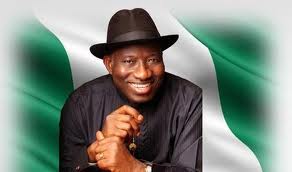 The Special Adviser on Niger Delta to President Goodluck Jonathan and chairman of the Presidential Amnesty Programme, Mr. Kingsley Kuku, has denounced reports that he threatened violence if his principal does not spend two terms of four years each in office.

In his denial on Wednesday, Kuku, said he only appealed to Nigerians to allow Jonathan to do two terms in order to complete the various programmes contained in the amnesty programme and develop the country.

“Unfortunately, what I said has been turned upside down. I did not threaten that there would be a resurgence of Niger Delta violence, if Jonathan was not returned for a second term. I did not say so and I want Nigerians to understand what I said and what I meant,” Kuku explained.

Kuku, who recalled the agreement entered into between the late YarÁdua and Niger Delta militants, said only the Disarmament, Demobilisation and Reintegration phase of the programme had been implemented with 30,000 ex-militants catered for, while the development of the region and welfare package for the militant leaders were yet to be executed.

He warned that the current peace in the Niger Delta which had paved the way for increased oil production in the country could be derailed if the agreement reached with the Federal Government was not implemented to the letter.

Kuku also decried the mounting opposition to Jonathan’s Presidency stressing that most of the problems bedevilling the country were artificially created to weaken the administration and portray it as having failed in its responsibilities.

“Jonathan remains Nigeria’s second ‘war time’ President and his tenure marks the greatest trying moment that Nigeria has faced clearly because the problems are created by people to stop him from succeeding as the President of Nigeria,” he stated.