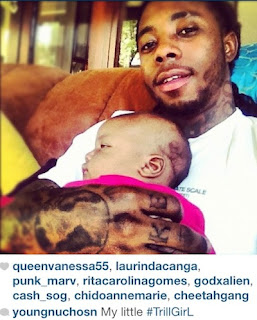 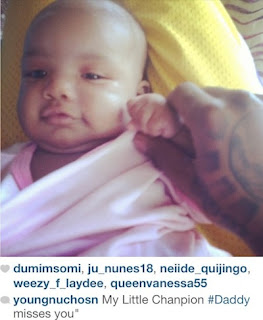 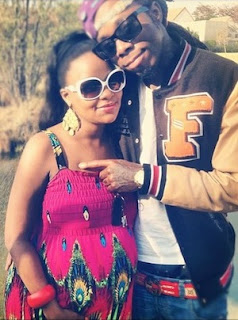 This story is a little weird and confusing. Read to see what I mean. Former Channel O VJ, Nonhle Thema introduced 24 year old Arthur Bolton as her baby daddy and fiance in the May issue of Drum magazine. But here’s the weird part. South African rapper Young Nucho (Lil Wayne look alike) had been claiming Nonhle as his baby mama and her daughter Star Ivy (born Dec 2012) as his daughter.
He reportedly started dating Nonhle in 2011 and when she fell pregnant, everyone assumed he was the baby daddy. The two photos above show the couple together when Nonhle was pregnant. Young Nucho would also post photos of Star Ivy on Instagram and call her his little Princess. Continue.. 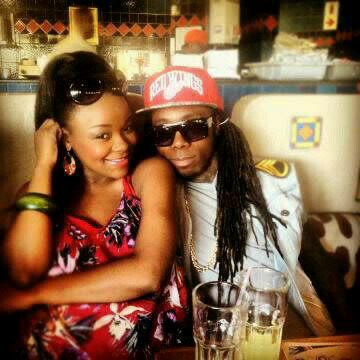 Nonhle and Young Nucho during her pregnancy 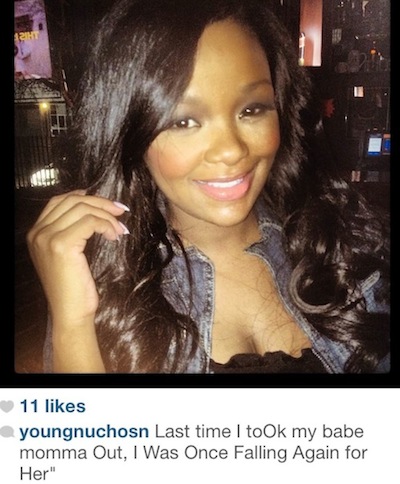 Here he refers to her as his baby mama 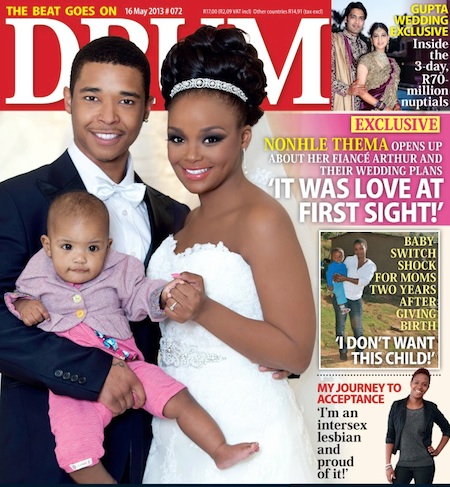 Then out of nowhere Nonhle introduces 24 year old Arthur Bolton as the father of her baby. She claimed in the Drum feature that she’s been dating Arthur since 2010 but they were never photographed together during her pregnancy…in fact, this Drum interview is the first time anyone would hear about this guy… 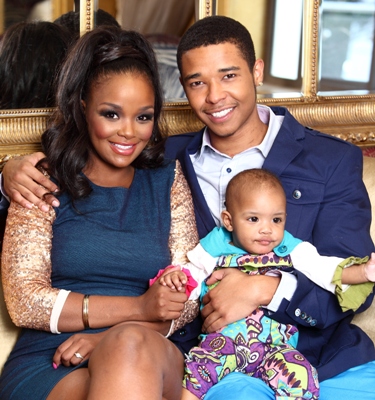 Poor Young Nucho, he must have assumed he was the baby daddy. Nonhle ended things with him early this year and went back to Arthur – who looks more like the little girl’s father. Now they are engaged and planning to marry.