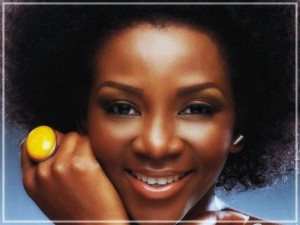 Genny just turned 34 today. The beautiful actress was born on the 3rd of May, 1979 in Mbaise, Imo state Nigeria and grew up in Lagos, Nigeria.

The fourth of eight children she was brought up in a middle class environment. Genevieve Nnaji completed her secondary school education in Methodist Girls College in Yaba Lagos before proceeding to UNILAG for her degree.

She began her acting career at the age of 8, when she featured in the popular 80s Nigerian soap opera, Ripples.. She has a daughter whom she gave birth to in her teenage years.

Genevieve has received several awards and nominations for her work, she is referred to as the “Julia Roberts” of Africa according to CNN.

She has starred in over 80 Nollywood movies and considered to be one of the best paid actresses in Nollywood.

The first Nollywood movie, she appeared in was the 1998 movie, Most Wanted. Since then she has gone on to establish herself as a fan favourite and one of the leading actresses in Nollywood. Some other movies, which she has featured in include Mirror Boy, Tango With Me, Bursting Out, Ije: The Journey, Silent Scandal, Beautiful Soul, Letters to a Stranger, 30 Days, and Girls Cot.