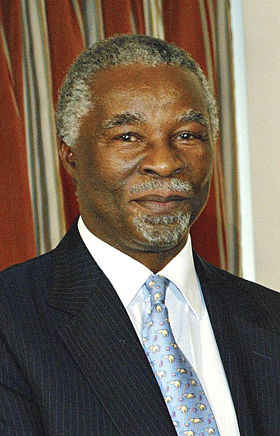 The Chairman of the United Nations High Level Panel on Illicit Financial Flows from Africa, Thabo Mbeki, has said that the continent loses, at least, $50 billion annually through illicit fund flows.
Mr. Mbeki, a former President of South Africa, made the fact known in Abuja on Monday when he led a delegation of the UN panel on a courtesy visit to President Goodluck Jonathan. He said the panel was determined to study the problems and propose solutions.
The former South African president said the panel would also like to meet relevant members of the National Assembly in view of the need for legislation to check the potent threat to the survival of the continent.
On his part, Mr. Jonathan stressed the need for Africa to check the huge funds being illegally taken out of the continent.
“The huge funds being illicitly taken out of Africa can solve our infrastructure and other problems, so we must look within and check this haemorrhage,’’ he said.
The president said “Africa needs robust assistance from the developed world’’ to check the outflow, adding that corruption would be minimised if there were no places to hide the illicit funds.
He urged oil refineries worldwide to ask questions about the source of the crude they refined. Jonathan said his administration was taking definite steps to check the theft of crude oil from Nigeria.
He called on the panel to carry out an in-depth and comprehensive study of the issue and produce a template that would help the continent combat the menace.

The president directed all relevant ministries and agencies of government to cooperate fully with the panel.